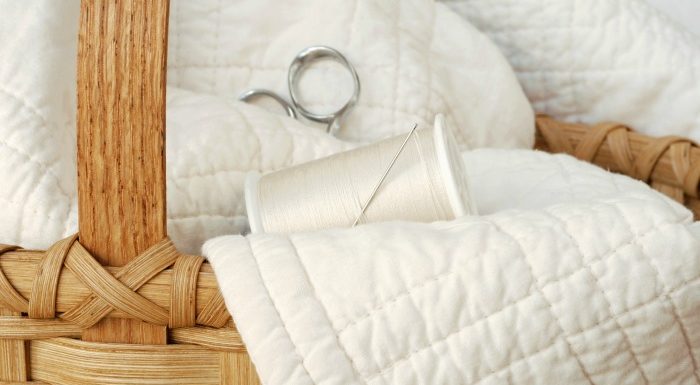 (with a stop at Real Girl Designs on the way)…

In 2004, I started my first blog, on Blogspot. At one point along the way, I switched to a WordPress.com blog, because I liked some of the functionality that WordPress.com offered at the time, but after a while, I went back to Blogger, and for a long time, I was happy in my own little world, showing off my cross stitch finishes under the name “Afford Your Passions” (which, incidentally, is the name of a cross-stitch chart by one of my favorite cross-stitch designers).

When we moved to Texas and bought a house, I started to follow a number of home shelter blogs, and I observed two things they had in common – all of them were built on the Genesis Framework, and most of them were designed by Darcy Milder of Graphically Designing.

By this time, Darcy had taken a break from designing. I bought my first Genesis theme (Lindsey Riel’s “Modern Blogger”), and I was hooked.

I discovered almost immediately that I was having more fun tweaking the code and creating test sites with Genesis, than I was actually blogging on my brand new WordPress blog. I’d found a new obsession.

So, it was from there that I got hooked on Genesis/StudioPress. When the StudioPress support moved from the forum to a help desk, and a new community forum was born, I jumped right in to help new users with their customization questions, and became a fixture on the forums. It was only a matter of time before I was approached by Lindsey Riel to assist her on the Pretty Darn Cute support desk, and later by Lauren of Restored316 Designs to provide support for her themes. I was well and truly hooked.

At about the same time, I was getting e-mail requests from users of the forums, offering to pay me to set up their sites, and I saw a niche for myself – while not a designer or developer, I did know how to set up a theme, and customize a theme to inject it with the owner’s personality, and so Real Girl Designs was born.

In April, I found myself on Darcy’s site, and was thrilled to discover that she was selling her domain, along with her Facebook page and Twitter handle. I knew what a valuable contribution she had made to the StudioPress community, and how much goodwill her business had generated, so after discussing it with my husband, I approached Darcy with a bid for her domain.

A couple of weeks later, the domain was mine, and Graphically Designing was re-opened for business – still building sites on the Genesis framework.

Afford Your Passions was the start of the journey, a little blog about cross-stitching. Real Girl Designs represented the next chapter, where I got my feet wet in the design world.

Let’s see where this next chapter leads us…